In a move that blurs the line between consumer gadgets and enterprise technology, Apple and IBM announced on July 15th a partnership to transform enterprise mobility. The collaboration intends to develop new business applications that bring IBM’s big data capabilities, security services, and device management to Apple’s popular iPhones and iPads.

In an interview on CNBC , Apple CEO Tim Cook expressed his enthusiasm and high expectations for the partnership. “I think it’s absolutely huge. It’s landmarked. It takes the best of Apple and the best of IBM and puts those together. There’s no overlap, there’s no competition, but they’re totally complementary. And more than anything, it focuses on the enterprise customer.” IBM has expressed similar enthusiasm, committing over 100,000 employees to the Apple initiative, according to the Wall Street Journal.

The deal reflects the current tendency of previously separate devices and technologies to converge. Although few tech companies have had real success selling both consumer and enterprise technologies, modern employees increasingly carry their mobile devices to work and their work devices to their homes. It makes sense that Apple and IBM want to take advantage of the blurred line between work and home, as it will likely make many professionals more productive (and it appears a good business opportunity).

Although this partnership’s impacts on security and businesses remain to be seen, it is hard to dispute that IBM and Apple make a formidable – if somewhat unexpected – team. 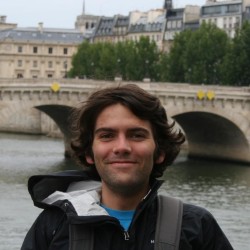 Shannon Perry
Shannon Perry is an award winning writer and analyst with a background in statistics & science, technology and international affairs. He publishes atCTOvision.com forOODA LLC.