Recently, Microsoft announced that they will be buying Nokia’s mobile division. In my mind, this was the inevitable conclusion of Nokia’s announcement that they would only manufacture Windows Mobile devices. Microsoft has struggled greatly with their Surface RT device, and Microsoft has had to cut the price (and toss in the $130 keyboard cover) to move any product. Microsoft has been similarly struggling with smartphone sales, and they believe the two are combined. As more users look to lightweight mobile solutions instead of laptops and PCs, Microsoft does not have a compelling alternative.

We’ve talked extensively about ecosystems here at CTOvision, and I lauded Google for their ecosystem improvements in the Nexus 7 and Android 4.3. Microsoft clearly has control of the desktop ecosystem, but many analysts believe that era of the PC is over, and that sales of those devices have already peaked. Struggling to make money in this realm, Microsoft has finally made it’s top suite (Office) available on mobile, but only on iPhone/iPod Touch (as there is no iPad or Android application out yet). Microsoft has yet to provide a compelling argument to buy into their mobile ecosystem, and while they are selling 7M+ quarter, that is a drop in the bucket compared to the success of Android or iOS.

The hope, is that this purchase will engage both Microsoft and developers to make the Windows Mobile experience a viable mobile operating system. Competition in the mobile landscape is beneficial, and while it’d be great to get some quality Nokia hardware running your favorite mobile OS, it looks like that will never happen. However, if Microsoft continues to only focus their mobile capabilities on Windows 8 (not developing for other platforms), then this will just be a stalling effort. Apple is a unique brand/ecosystem, and can afford to focus on only one platform, due to brand loyalties and a heavy install base. BlackBerry has only just now branched out to supporting multiple platforms, and are fast on their way to becoming a footnote. Microsoft has to take this partnership and mirror what they have done with Office on PCs to the whole mobile world.

The purchase of Nokia will more tightly tie hardware and software development for Microsoft, and may create a stronger OS. However, they still need to grow their app store offerings (and get third-party developers to engage). Lastly, Microsoft needs to create a real value-add for their mobile operating system. “Ease of use” isn’t a real differentiator, nor is the lack of Office in other ecosystems a viable reason. Windows Phone needs to meet Android and iOS as a real mobile OS, that people should want to use (not just the cheapest phone available). 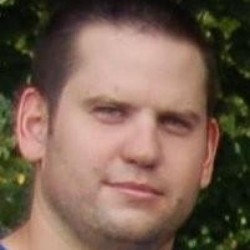