Fears related to drone safety, in particular concerns about so-called “near misses” with manned aircraft, have gotten a lot of attention in recent weeks. More detailed analysis, however, has shown those fears to have been greatly exaggerated. Nonetheless, they have resulted in one senator’s call for an expansion of the FAA’s drone ban to include not just commercial drones but all private drones.

Similarly, there was big news recently for anyone interested in drones and national security. National and international headlines informed readers that a Moroccan man had been sentenced for plotting to carry out a terrorist attack inside the United States using a “drone.” Score one for defending “the Homeland” from terrorists, and drones, and most insidious of all, “drone terrorism.”

There’s just one problem, as in the case of drone “near misses,” this case of supposed “drone terrorism” has been greatly exaggerated. In fact, neither the charges nor the sentence in this case were related to terrorism or drones. The man in question, El Mehdi Semlali Fathi, is going to jail for perjury, not terrorism. The blatant and rampant misreporting of this story is but one more example of fear-induced technopanic and threat inflation related to domestic “drones.”

The affidavit (PDF) filed in Mr. Fathi’s case indicates that in January 2014 he came under federal investigation as a result of statements indicating his aspirations to carry out bomb attacks against Harvard University and a federal building in Connecticut where he lived. The affidavit stated that in recorded conversations, Fathi had expressed his aspiration to use what the federal agent called “toy planes” or “a remote-controlled hobby-type airplane, to deliver the bomb.”

The government did not wait to find out whether Fathi truly intended to or was capable of carrying out these attacks. During the course of the investigation, they learned that Fathi had lied on his application for refugee status and in statements to multiple immigration judges. The government therefore sought a warrant for Fathi’s arrest on three counts: making falls statements, false swearing in an immigration matter, and perjury. Fathi was only charged (PDF) with one of those, perjury. In short, though statements about bombing with “toy airplanes” may have been the impetus for the initial investigation, he was neither arrested for, nor charged with, making terrorist threats.

Fathi pleaded guilty (PDF) to the one count of perjury. In its sentencing memorandum (PDF), the government admitted that “the evidence remains unclear” whether Fathi’s perjury was actually related to his statements about carrying out bomb attacks or “whether Fathi would have acted on his intentions.” Nonetheless, the government argued that the judge should take Fathi’s statements about bomb attacks–for which he was never arrested, charged, or convicted–into account when deciding upon a sentence. The government urged the judge to impose a sentence of five years, which is three years beyond the two years recommended by the federal sentencing guidelines. The judge instead sentenced Fathi to two years in prison followed by deportation.

Despite these facts, it was common for media outlets to portray the case as one in which Fathi was charged and sentenced for his “drone terrorism” threat. In turn, the case sparked discussions about whether drones are “toys or terrors.” Right-leaning organizations and publications were quick to label the case one of “homegrown terrorism” and use it to criticize the Obama administration. The Fathi case is cited in reports about the NYPD preparing for the possibility of “drone terrorism.” Finally, though there is no indication that the Fathi case influenced its decision, the FAA’s recent ban on model aircraft near stadiums followed closely on the heels of the Fathi case and was done under the auspices of post–9/11 anti-terrorism laws.

As I have written previously, drones have emerged as the newest object of threat inflation and technopanic. Rhetorically, that trend has relied on a number of characteristics, including conflation, projection, exaggeration, and fear appeals. We see all of those at work in this case.

Toy airplanes are conflated with “drones,” which spark images of military aircraft flying over desert landscapes firing Hellfire missiles. As this image represents the dominant use of this technology in American minds, the capability and desire to use anything remotely like a “drone” as a weapon is projected onto others, even when it is not at all clear, as in the case of Fathi, that those others really do have the capability or intent to use them as weapons. Because we use the technology in this way, it is hard to resist the presupposition that others must be using the technology in the same way.

We see exaggeration on both sides of this case. Fathi was clearly a big talker who was exaggerating his ability to use a “drone” to carry out an attack, just as he had lied about his persecution in Morocco. But his drone exaggeration touched a nerve; it tapped into Americans’ fear of terrorism and their emerging fear of drones. We were susceptible to believing his exaggeration and so news media helped the story along.

Exaggeration benefits different groups in different ways, allowing them to see what they want and use it to promote their cause. News media gets a better story. No one cares that a guy lied to a judge somewhere and will now go to jail for it. Throw in the possibility of “drone terrorism,” however, and you have an attention-grabbing headline. Those on the political left can use it as evidence that the Obama administration is tough on domestic terrorism, while those on the political right use it to criticize the President’s immigration policy and to promote fear of domestic terrorism. It can be used to justify more spending for law enforcement. Those who want to restrict civilian use of anything that could be labeled a “drone” can also find fodder in this scare story.

Admittedly, just because model aircraft have not been used as terrorist weapons does not mean that they will not be used that way. And I am certainly not arguing that Fathi was a good guy, did nothing wrong, or that he did not pose a threat. It seems clear that he illegally manipulated the asylum system by lying repeatedly. His statements expressing a desire to carry out bombings were certainly cause for concern and investigation. That he will face prison time and deportation seems appropriate.

Nonetheless, it does us no good from a policy making standpoint to exaggerate the facts of this or other, similar cases. As Gregory McNeal has argued in relation to exaggerated reports of drone “near misses” with manned aircraft, “legislation and policy should be driven by real facts, not anecdotes and inflated stories.” I have made the same argument in relation to public policy debate about cyber threats. The introduction into society of new technologies like drones often leads to “technopanics” about exaggerated dangers posed by those technologies. Similarly, national security discourse is also prone to exaggeration and threat inflation. It is, therefore, particularly important that we take great care to avoid these tendencies, which are perhaps even stronger when new technologies and national security combine. 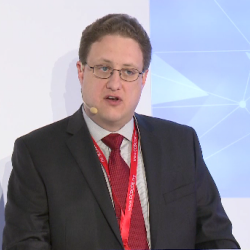 Follow me
SeanLawson
Associate Professor at University of Utah
I am an Associate Professor in the Department of Communication at the University of Utah. I write about the relationships among science, technology, and security with an emphasis on new media, information, and communication technologies. Topics of interest include cybersecurity policy, surveillance, drones, network-centric warfare, and military use of social media. My doctorate is from the Department of Science and Technology Studies at Rensselaer Polytechnic Institute. I am the author of Nonlinear Science and Warfare: Chaos, Complexity, and the U.S. Military in the Information Age. Web | Twitter